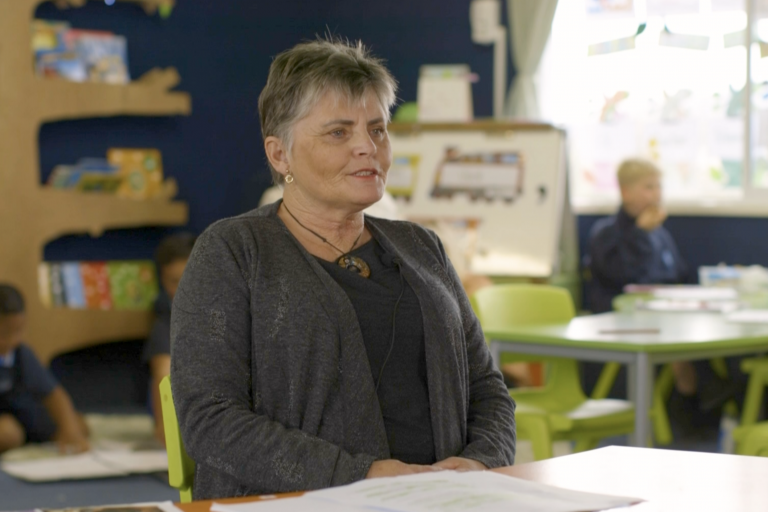 The reason we started investigating a writing programme was our data. We had goals, we had next steps; we had clear writing expectations. But, our data suggested we should be doing better. So, we investigated what was available. Up to that point we had used other programmes. We found they were clumsy, very subjective, and the data said we weren’t getting consistency across the school.

Almost immediately, the signs of the positive impact of Write that Essay was teacher buy-in. Straight away we were hearing, “gosh, I wish I was taught that at school”. The children’s enthusiasm for writing started to escalate. The boys especially were interesting to look at because often they can be difficult to get to engage with writing. What we found with boys was that the structure and scaffolding in Write that Essay (WTE) really supported them. The tactile nature of the resource really worked for them. Normally writing is too airy-fairy and too subjective, but there is enough variety with WTE with the sentence styles and the paragraph structures for the boys to still be creative and use their imaginations whilst also having the structure to writing that they need.

"It's so simple, that’s the excitement of it. To have 12 sentence types is very crisp; when you start using trains to move a sentence round, suddenly you’re in charge of the sentence. That has been the power of the programme I believe."

The feedback from students is very positive. They know where they need to get, and they know how to get there now. It’s very explicit. The children are hunting for the feedback now, they're expecting it.   They are starting to make a connection between the brainstorming, the planning, and the writing. In the initial writing, they get the ideas down. Then, they go back and have a look—what am I missing? Have I captured my audience? Have I made an impact? Then, they use the sentence styles to elevate this.

Here at Parakai School, Writer’s Toolbox has been used throughout the year. Some children were using only this during lockdown. They found Writer's Toolbox a powerful mechanism to keep on writing. It has instant feedback available, which they are able to use to improve their writing; tools like the sentence spinner prompted their writing further. It also allows parents to work alongside their children in their writing.  I’ve had a lot of parents say to me, “I wish I knew that growing up”.